Am I the only one who frees myself from the prison that is pants immediately as I get home from work after a long day? There’s no better feeling, besides maybe orgasming or taking your heels off after a night of dancing. Founded in 2003, National Underwear Day is all about embracing body and getting comfortable in your own skin. Your body loves you, so love it back. 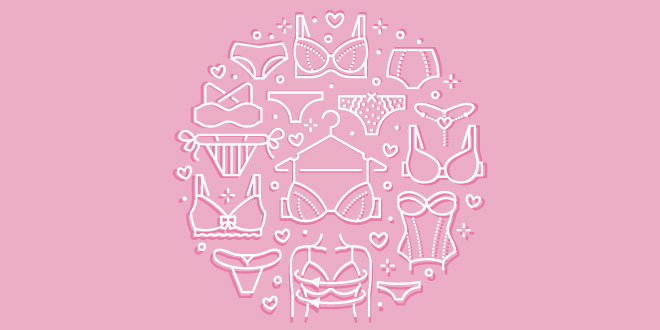 “My underwear are too sexy,” said no one ever. Let’s face it, life’s too short to wear boring underwear. And it doesn’t matter if nobody else is going to see them. There’s something about wearing sexy underwear or lingerie under your normal clothes that helps you carry yourself better, a little pep in your step if you will.

Never been streaking? It’s time to cross that off your bucket list too. We all want the same thing from our underwear as we do from our partners, a little bit of support and a little bit of freedom. Consider this as indulging in your freedom as you run around the block wearing only your chonies. It can be a silly reminder that life doesn’t always have to be so serious.

The History of Underwear

Originally, clothes were made of fabrics that were difficult to clean or uncomfortable to the touch. Undergarments acted as a buffer to reduce friction and irritation on the most gentle areas of our skin. Archaeologists have found remnants of leather loincloths dating back as far as 7,000 years. Over time our clothes have become softer and the need for underwear is not so necessary, hence going commando. The phrase “going commando” was said to have originated with soldiers during the 1974 Vietnam War to encourage boys to increase ventilation in the humid climate.

Religious underwear, also known as temple garments, are typically used as reminders of covenants and symbolic or physical protection from the evils of this world. One of the most popular religious undergarments talked about in modern day are from Mormonism, but they are also practiced in some forms of Judaism and Catholicism. You may be picturing a metal chastity belt like in the movie scene from “Men in Tights”, but these undergarments are typically a modern two-piece set in all white to represent pureness.

What we maybe have more joy in while celebrating National Underwear Day is the use of intimate apparel as subtle sexual signals. One study found that heterosexual women’s point for wearing sexy underwear was less about sending signals to their partners and more about making themselves feel sexy in preparation for sex, but desire certainly is a part of arousal.

And if you want to celebrate National Underwear Day by wearing no panties at all, remember that “those who don’t wear underwear never get their panties in a bunch.” So enjoy, you little rebel you.